A downloadable game for Windows, macOS, and Linux

Welcome to Mirt, a land lost in the northern valleys and lost in time. As a newcomer, you must face the difficulties of people not being keen to welcome you, and snow in the summer, and the extensive secrets of Mirt's small history.

Anton is an ordinary student. Not having enough money, he decides to go to Mirt for the summer. The beginning of his stay is relaxing but fairly uneventful: easy but well-paid work, a small room, and new friends. But soon the Mirt's past begins to show itself and Anton has to become a detective for a while to figure out what's going on. Can a girl from a cafe see the future? What made a young woman commit suicide? Who or what did kill the new arrivals some years ago? And, last but now least, why did his shadow suddenly become a few shades brighter?

I purchased Android version and at least on my phone Settings menu is glitched out. For mine phone there is notch area and no matter if game is forced of not into that notch area it doesn't change anything. Well in this video you can see that settings glitch for android version.

Loving it. After the tarot cards are described, the text switches to Cyrillic for a while, then back to English. (Linux version.) 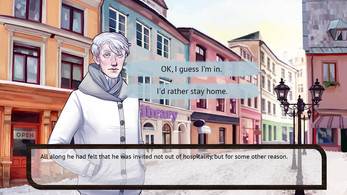 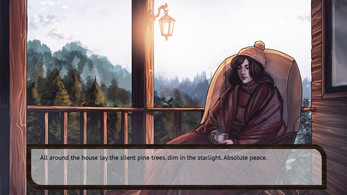 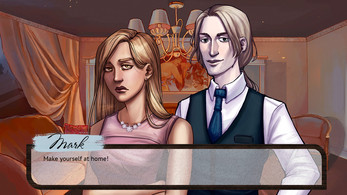